The Tolsey Bradford on Avon.

I am adding this post to #Thursday Doors. This is a weekly fun feature run by Norman Frampton which allows door lovers from around the world to share their finds.

I discovered this door on a walk in Bradford on Avon near Bath. As it was obviously very old I tried to find out a bit more about it. Bradford on Avon was a Saxon town which grew up around a monastery. It is famous for having one of the earliest stone churches in England dating from around a thousand A.D. It also has an enormous medieval tithe barn which attests to the wealth of the area. (In medieval England people were expected to pay a tenth of their income to the church).

This door is in a road known as the shambles which gives Anglo Saxon scholars a clue to its identity. Shambles is believed to come from an old word for stall and often indicates a market. The shambles in York is particularly famous and well worth a visit. Local historians think my door would have once been the home of the market manager or Tolsey who would have collected market tolls. It is thought to be late 15th century. A pillory once stood opposite it and the cellars of the houses opposite were used as the town jail. The site may have been used as a market for over a thousand years and as you can see from the photo below looking along the Shambles is still in use. In case you are wondering the gold pillar box is to celebrate local man Ed Mckeever’s kayak win in the London 2012 Olympics. 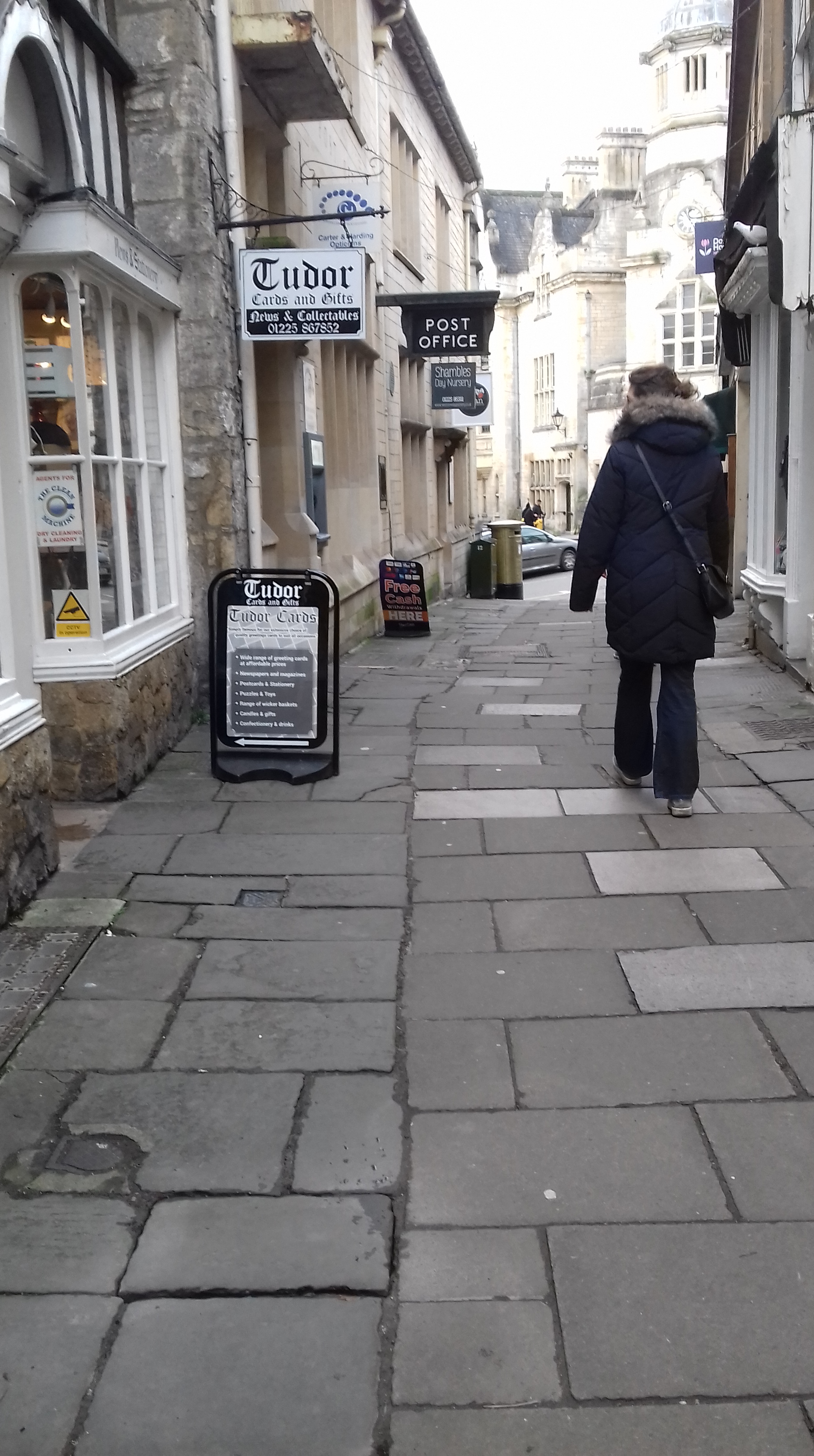 Bradford on Avon museum  has more information about the town and some lovely old photos.

5 thoughts on “The Shambles Bradford on Avon”

Basle old town
Just home safely after a boat trip down the Rhine
Left in the cabin for Bill's birthday
Heidi on fox watch
Cottage Frampton on Severn. If I won the lottery...
With my son Richard
http://feeds.feedburner.com/ThePlatinumLine?format=sigpro

Subscribe to RSS headline updates from:
Powered by FeedBurner