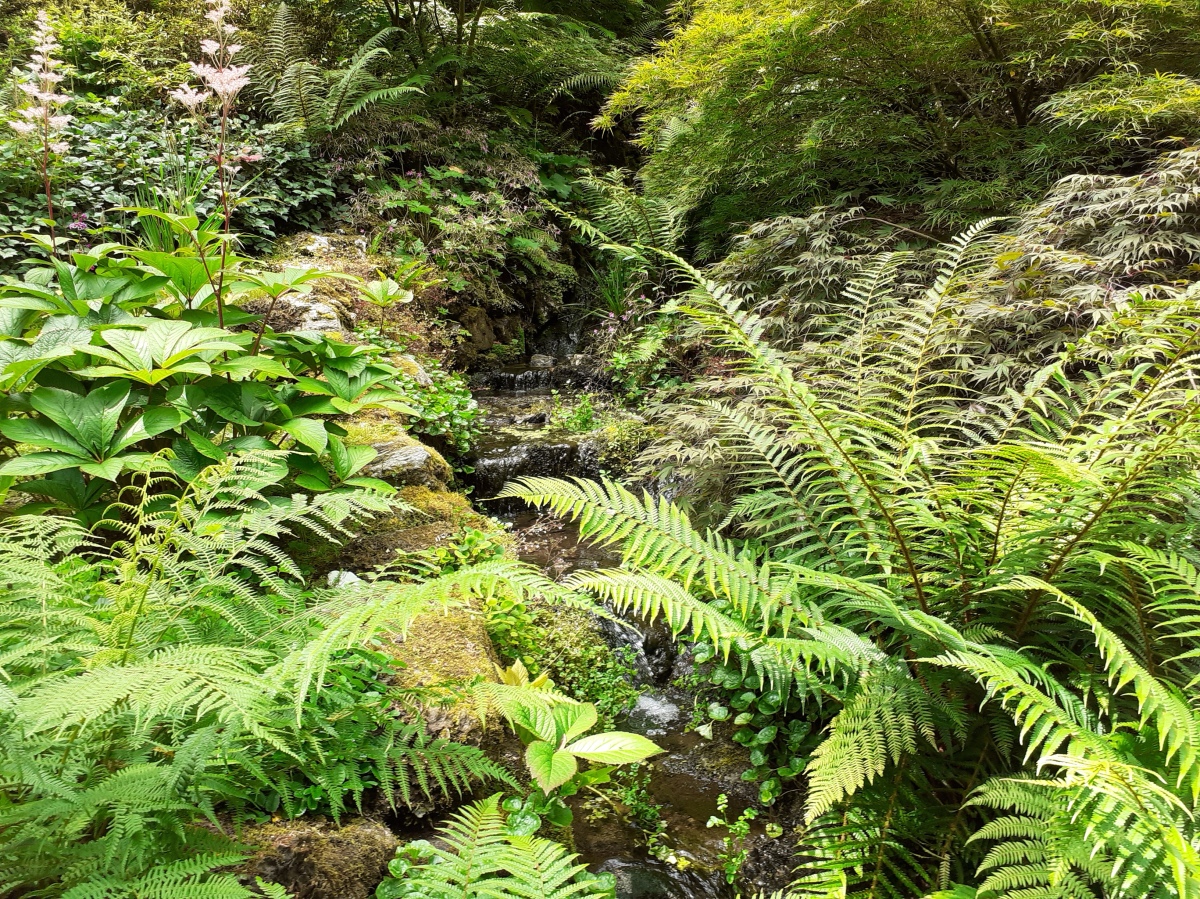 I love walking through the woods and trying to identify the trees. Last week I went on an organised tree walk to our local park, Oldbury Court and we were able to discover the evolution of the landscape through the trees.

The oldest tree in the park is a yew which may be eight hundred years old and would have been seen as sacred in pre-Christian times.  We also found native species, oaks which would have been planted for timber for churches, houses or ships, horse chestnuts which would have been used for flour in a hard winter and holly which gives a white wood for marquetry.  The ubiquitous ash and beech are probably self seeded.

The main house  was built about 1700 and one of the owners employed Humphrey Repton as a landscape gardener. He seems to have kept many of the existing trees but he planted Sycamores to line the carriage way and you can use these to trace some of the original paths.

The park has other surprises, such as the cedars which were probably brought from the East during the 18th century. Later Oldbury Court  estate was inherited by the Vassalls, a family with American roots. They planted  the giant redwoods which are now the tallest trees in the park and Douglas Pines. They were  probably also responsible for the bamboo.

After years of neglect the big house was demolished by the local council and the park was given to the public.  It has a large children’s adventure playground and a cafe.

Some more trees for you to enjoy.

These are from a recent walk along the river at Betwys Y Coed in North Wales. The Welsh name means chapel in the woods.

This post will be added to Becky’s July  #TreeSquare challenge

and Terri’s Sunday Still’s “evergreen challenge”  Please click the links to see what other bloggers have found and perhaps create your own posts.

5 thoughts on “Hug a tree #treesquare14”

Cormorant in Eastville Park in the mist.
Three out of five children and a completed jigsaw. They decorated our bathroom for a Christmas present so thanks Richard, Angela and Christopher.
Heidi the giant cat
#sundaystills metal colour challenge
How to decorate a Christmas tree.
Greenwich where time begins. The prime meridian where the eastern hemisphere meets the western hemisphere.
Loading Comments...
%d bloggers like this: